The Role of EMS and Building Automation on Energy Saving

There are options to zoom in on the device level data and to meter and sub-meter as well as monitor functions that allow facility building managers to forage for data. This data brings them insights to make better decisions and thus reduce consumption. According to IEEE’s report on “Energy Saving”, a 21 story building can cut down on its energy use by 50% through energy management systems. 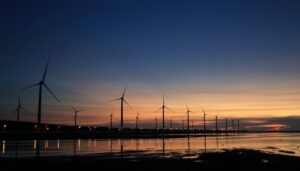 Building automation systems are also computer-based, but they are used to automate controls around the building. The purpose of this is to take most of the house management off the hands of the owners. This is especially useful for energy protocols and allows for better reaction times for fires and incidents like security breaches.

Problems with air conditioning, lighting, ventilation, and safety as well as control over the various escalators and elevators in a building can be established very easily through building automation. 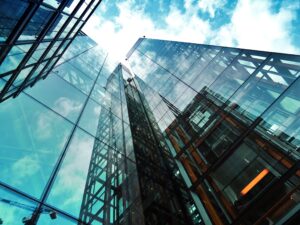 Both of these two serve very different purposes. For one, energy management system allows you to see the entirety of the building’s energy consumption and understand how most of the components are operating. This high level view allows you to see where you’re being most wasteful with your energy, and where you can cut down the most.

A building management or building automation system does that work for you. It features things like motion sensors, automated alarm clocks and kitchen appliances (think home of the future exhibits from the 60s and 70s). This would allow you to basically automate most of your tasks and save on energy that was otherwise wasted.

An energy management system would show you when the air conditioners, or heaters, or coolers or chillers need to be powered down or turned up so that the temperature can remain pleasant in a building throughout the day. If given enough time, they can determine how the settings on those appliances should change throughout the year depending on the seasons.

The cost benefits of both systems can vary. With a Building automation system, there is significant investment involved to retrofit the building with lots of equipment, and installations. These can disrupt the workflow of the building and cause inconvenience in the short term. However, after the installations are done, the benefits begin to come in immediately. For instance, if you install motion sensors that can turn on lights when you enter a room and turn them off when you leave it, then they will immediately show results on the day that you install them. 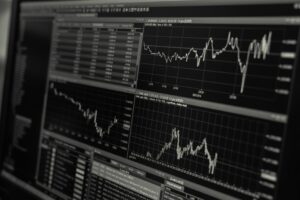 However, there is one major difference between the two that works in the favor of energy management systems, and that is the insights that you’ll be able to act on using it. Building automation systems simply take the effort away, but the EMS makes sure that you see every wasteful activity that is occurring through a given day. With that, it allows you to change your routine, make cuts where you never thought it was possible to do so, and act on things that you used to disregard entirely because you never had the information.

Energy management systems and building automation both have their merits but they’re both more powerful and effective together than they are apart. Choose one or both depending on your analysis of the matter. They’re both useful in their own ways and can make a significant dent in your electric bill.

We use cookies on our website to give you the most relevant experience by remembering your preferences and repeat visits. By clicking “Accept”, you consent to the use of ALL the cookies.
Do not sell my personal information.
Cookie SettingsAccept
Manage consent
This website uses cookies to improve your experience while you navigate through the website. Out of these, the cookies that are categorized as necessary are stored on your browser as they are essential for the working of basic functionalities of the website. We also use third-party cookies that help us analyze and understand how you use this website. These cookies will be stored in your browser only with your consent. You also have the option to opt-out of these cookies. But opting out of some of these cookies may affect your browsing experience.
Necessary Always Enabled
Necessary cookies are absolutely essential for the website to function properly. These cookies ensure basic functionalities and security features of the website, anonymously.
Functional
Functional cookies help to perform certain functionalities like sharing the content of the website on social media platforms, collect feedbacks, and other third-party features.
Performance
Performance cookies are used to understand and analyze the key performance indexes of the website which helps in delivering a better user experience for the visitors.
Analytics
Analytical cookies are used to understand how visitors interact with the website. These cookies help provide information on metrics the number of visitors, bounce rate, traffic source, etc.
Advertisement
Advertisement cookies are used to provide visitors with relevant ads and marketing campaigns. These cookies track visitors across websites and collect information to provide customized ads.
Others
Other uncategorized cookies are those that are being analyzed and have not been classified into a category as yet.
SAVE & ACCEPT